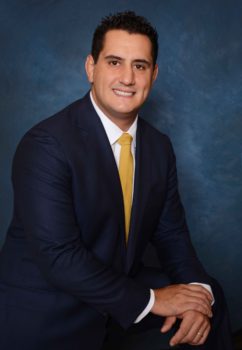 Michael A. Pattanite, Jr. is a Partner who concentrates his practice in counseling public and private entities throughout the state in employment, and litigation matters. As a result, he regularly appears in Federal, State and Administrative Law Courts, in handling civil litigation and education matters. Mr. Pattanite has tried cases to verdict in every judicial forum in the State.

A substantial portion of Mr. Pattanite’s practice is focused upon the representation of New Jersey public schools, with an emphasis on special education. Mr. Pattanite works with Child Study Teams across the state to ensure compliance with the Administrative Code governing special education. He has defended and prosecuted Petitions for Due Process, Emergent Relief applications and Complaint Investigations before the New Jersey Department of Education, Office of Special Education Programs, and The United States Department of Education. As the brother of an adult handicapped man, Mr. Pattanite understands the unique issues facing parents of special needs students. He is able to utilize this knowledge to obtain results that are favorable to the District, and helps foster long term positive relationships between the District and parents.

In addition, Mr. Pattanite has significant appellate experience managing over 20 cases through the Appellate Courts and Supreme Court of New Jersey. Recently, two of his Appellate cases have reached the New Jersey Supreme Court and have helped to shape the application of the New Jersey Tort Claims Act, and indemnity law for schools with employees who are facing both criminal and civil suits.

He is an active member of the Mercer and Burlington County Bar Associations, and Mercer County Inn of Court. He has previously moderated Continuing Legal Education seminars in his role as former co-chair of the seminar committee for the Burlington County Bar Association. Mr. Pattanite is active in coaching high school sports, assisting with Holy Cross Academy’s wrestling team.